A.1) Ecosystem Services and their connection with biodiversity and human activity

A.1) Ecosystem Services and their connection with biodiversity and human activity 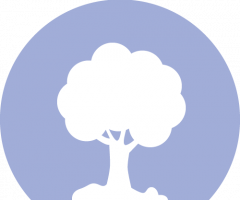 Role of biodiversity in the ES approach

The term “biodiversity” is considered to embrace biological diversity at the level of genes, species and ecosystems, also expressed in the number, abundance, varieties and spatial distribution of these levels.

Biological diversity exists at different levels, such as the level of ecosystems, species and genes. Biodiversity plays a specific role in the existence and long-term maintenance of ecosystem functions, which are keys to the provision of ecosystem services.

Therefore biodiversity certainly does contribute to the generation of ecosystem services, and manifold links can be observed. Examples mentioned here range from:

However, due to the complex way of interaction, the concrete “relationship between biodiversity and ecosystem service delivery still remains unknown for most ecosystem services. For those that are known, relationships are highly variable and may be positive, negative or non-linear.

In some conceptual perceptions such as the TEEB approach (TEEB 2010a) biodiversity is explicitly mentioned in the category of “habitat services” and considered to be an ecosystem service itself. So the TEEB approach mentions the maintenance of genetic diversity as one of the main service types.

Another perception is that biodiversity is a source for other ES, particularly regulating and cultural services, such as wellbeing through the experience of wildlife or wellbeing through knowing about the existence of certain species. These different perceptions have given rise to extensive expert discussions.

Presentation of the ES concept

The CICES System restricts itself to those ecosystem outputs which are dependent on or related to biotic processes, but acknowledges that this Is a compromise and that abiotic ecosystem outputs should be treated in a similar classification system. For such a classification system a first structure is provided in the present version of the CICES system. The overall AlpES objective is to support the development of an environmental regional governance with the ecosystem service approach. In practical application of environmental management and territorial development, abiotic outputs of ecosystems also play an important role, such as effects of and space for wind power plants, photovoltaic plants and mining of mineral resources. In particular in the Alpine area some of these abiotic outputs play an important role such as hydropower, extraction of salt and different rocks as well as the recreational experiences of exploring caves or rock climbing. Within the AlpES project the general approach will therefore accept abiotic outputs side by side with biotic outputs by explicitly indicating them not as ecosystem services but as “environmental services”. For the time being, the AlpES project will not assess or map abiotic outputs. Within the AlpES-project different opinions exist: Abiotic outputs of ecosystem services are considered as abiotic outputs of natural capital but not as ecosystem services themselves from an ecosystem point of view. Other opinions accept these outputs as goods and services from ecosystems.

In understanding ecosystem services there is also the question of the degree to which human influence has to be considered when measuring ecosystem services. The use of human labour, fossil energy, chemicals and technical input contributes to the generation of ecosystem goods and benefits. But they are not part of the service the ecosystem provides. This means that the product is the exclusive service of nature, without these inputs.

This becomes relevant particularly when looking at provisioning services such as agricultural products from intensive production schemes or final benefits which are further processed. However even if to some degree the natural contribution is overridden by other inputs there still remain some indispensable ecological contributions, such as soil and climate functions and all supporting services which contribute to the provision of ecosystem services.

To mark these differences the term “agrosystem services” has been introduced. However, from the AlpES point of view, this might lead to some terminological confusion, since “forest system services”, “water system services” or “urban system services” might then also be introduced. On the other hand, ecosystem services considered to be generated with less or even without human influence, such as hunting, fishing or collecting mushrooms, also include some technical inputs (e.g. guns, fishing-rods) and human labour (walking, picking). 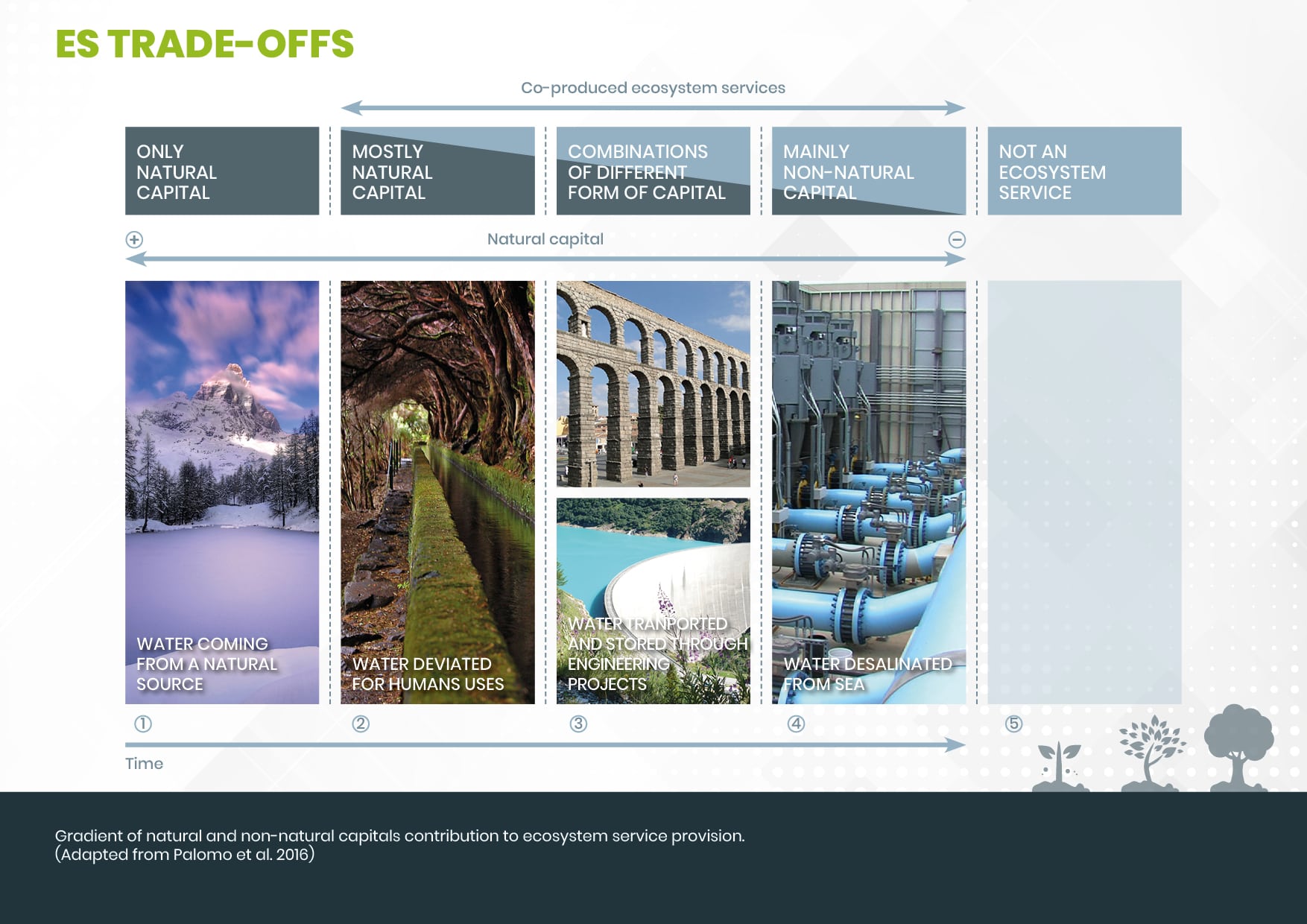 Economic evaluation of ES is a popular issue which is based on their physical assessment. There is a variety of economic value types and evaluation methodologies in place, which need to be carefully distinguished. The basic idea is that a theoretical Total Economic Value (TEV) is composed of different types of values. 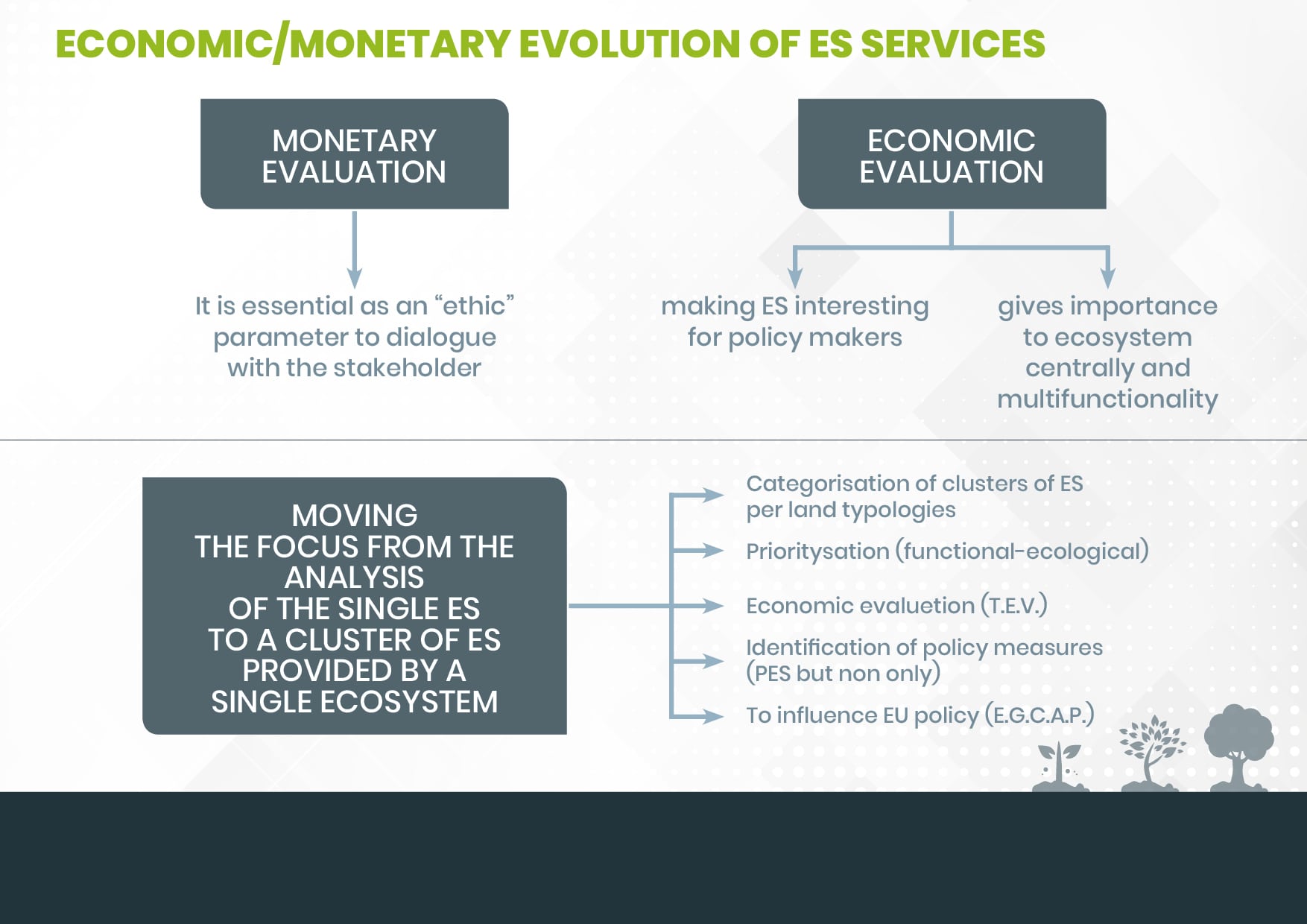 There are different methodologies at hand to assess these values. Often, the use values do not consider all components of a value or are not comprehensive. Also, it is difficult to get non-use values for non-market goods. Some methodologies for assessing prices are:

Within the TEEB database, a worldwide collection of case studies for economic evaluations is compiled, which also provides economic values for ecosystem services in different biomes. However, the real value always depends on regional and local circumstances. Because of this it is quite difficult to transfer values of that database to other areas, without knowing regional and local conditions. 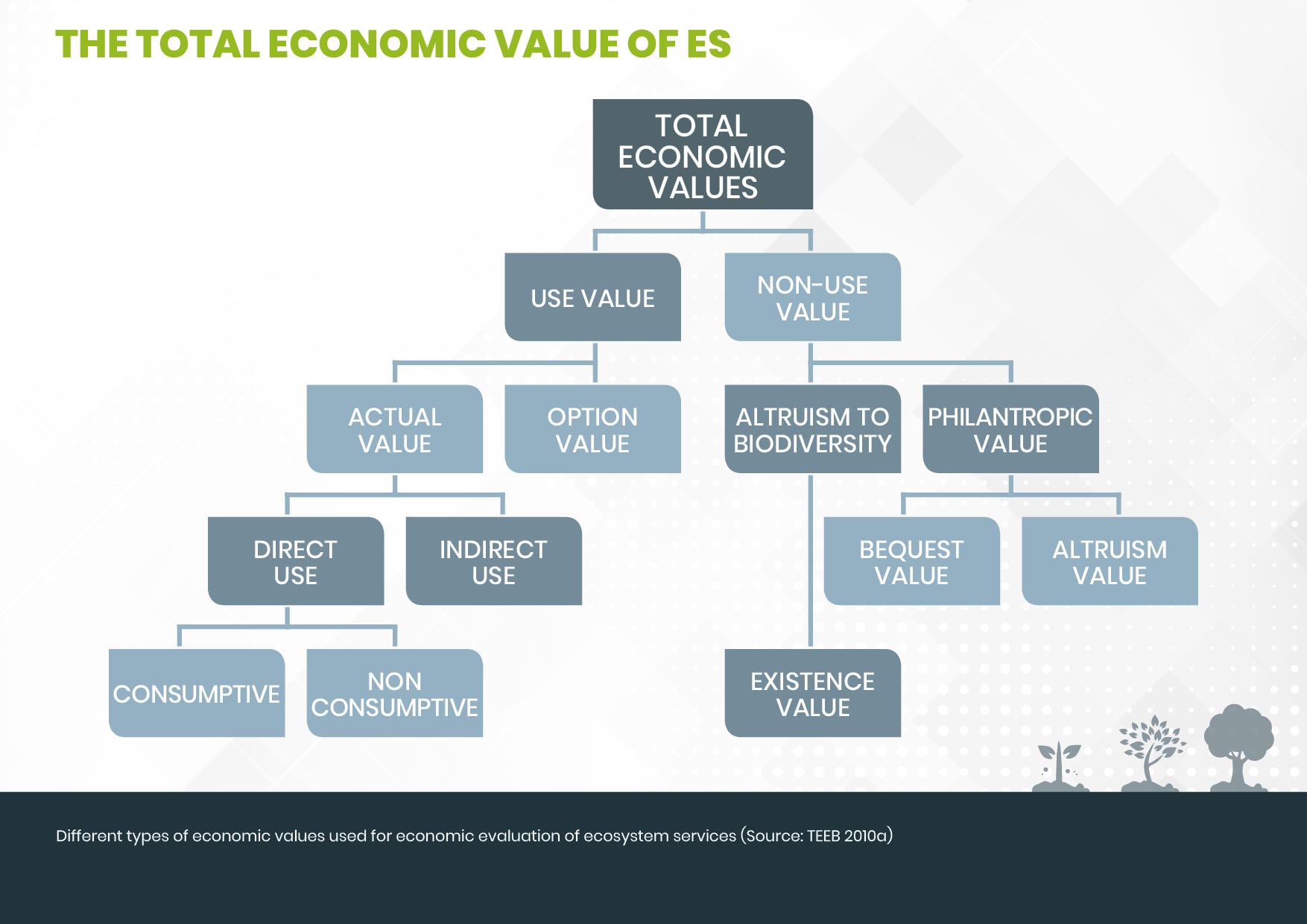